The collective WEGWOHIN was founded in 2017. The focus is on projects that deal primarily with East German identity and the transformation processes of the post-reunification period in various artistic formats:

Since 2018, the collective has been researching the work of the author Uwe Johnson and realized a large-scale, cross-city and cross-genre project in Leipzig in the fall of 2020: the festival week “EINE REISE, WEGWOHIN”, on the occasion of the 30th anniversary of reunification – theater, reading, audio walk, panel discussion and participation formed the artistic framework. The Leipzig City Archive, the Leipzig Forum of Contemporary History, the Leipzig University of Music and Theatre, the German Literature Institute and the Leipzig House of Literature were enlisted as cooperation partners.

Inspired by the Corona crisis, the collective realized the documentary film “9_16_2216 oder MAN ISOLIERT SICH NIE SO LEICHT, ALS WENN DAS HAUS VOLLER GÄSTE IST” within a few weeks in April 2020. The students of the 2nd year of acting at the Leipzig University of Music and Theatre documented their dealings with the forced social and artistic isolation during the 1st lockdown.

In the third and currently developing project of the collective WEGWOHIN, DẤU VẾT :: TRACES :: SPUREN, the collective follows in the footsteps of Vietnamese contract workers: In cooperation with the Vietnamese community, the Department for International Affairs of the City of Leipzig and supported by the Fond Darstellende Künste, among others, an audio-digital bicycle tour is created, a performative art intervention that aims to raise awareness for a previously unheard migrant voice.

In the collective’s previous productions, artists from the fields of acting, music, visual art, and video and film art have worked with them. It is always important that the team is made up of East and West Germans in order to promote understanding for one another. 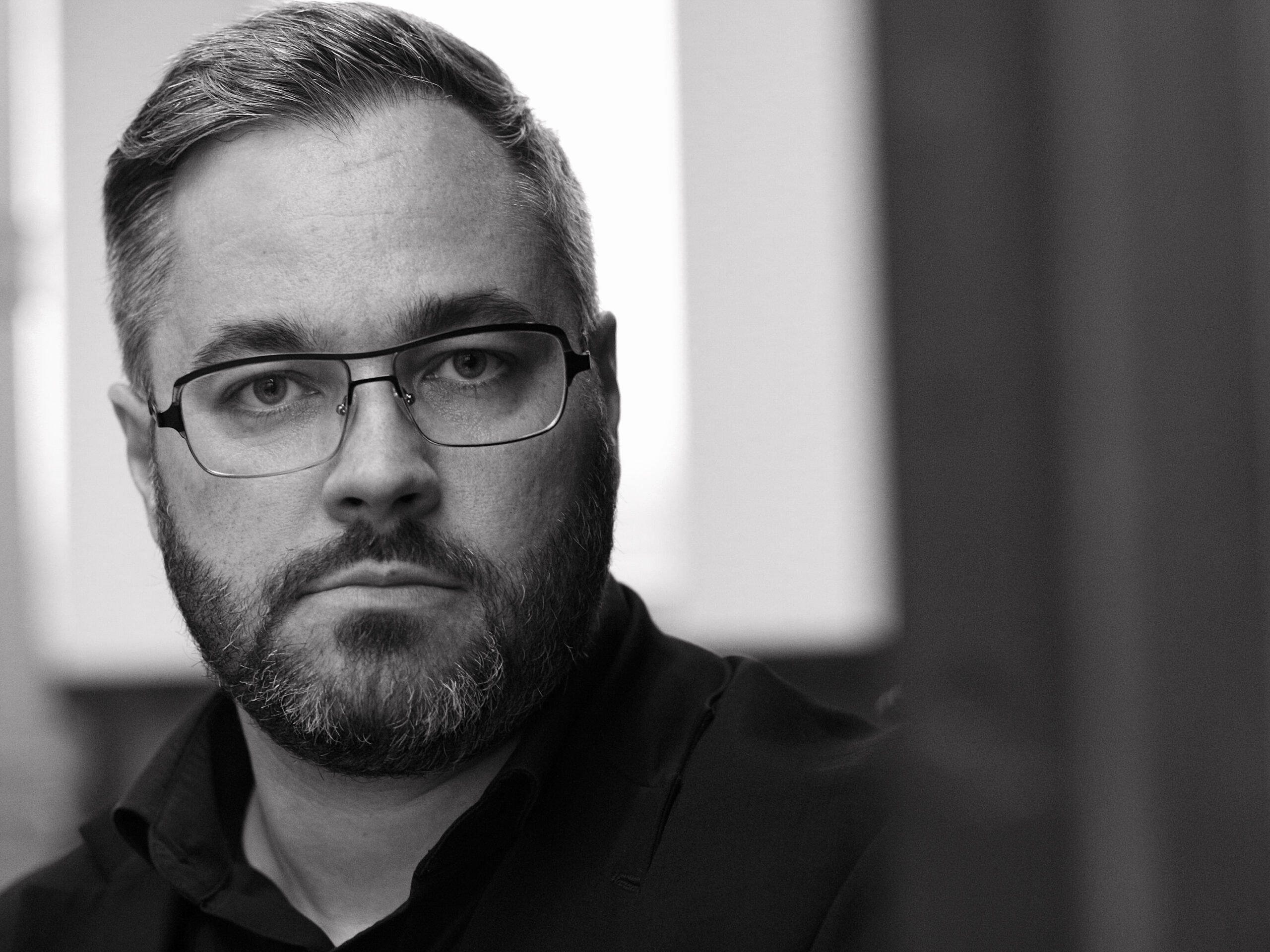 born in Schwerin / Mecklenburg (GDR), studied directing at the Hochschule für Schauspielkunst “Ernst Busch” Berlin, formative encounters with Christoph Schlingensief, Peter Zadek, Christoph Marthaler, among others, productions at the State and City Theaters of Augsburg, Nuremberg, Kassel, Weimar, Göttingen, Münster, Halle and at the Burgtheater in Vienna. Günther Rühle Prize for his diploma production “Sallinger” by Bernard Marie Koltés, Kurt Hübner Prize for young directors of the Akademie Darstellende Künste for “Osborne’s Blick zurück im Zorn” at the Staatstheater Kassel, nomination “Production of the Year” of the Critics’ Survey of the Deutsche Bühne for the Weimar production Kaspar Häuser Meer by Felicia Zeller. 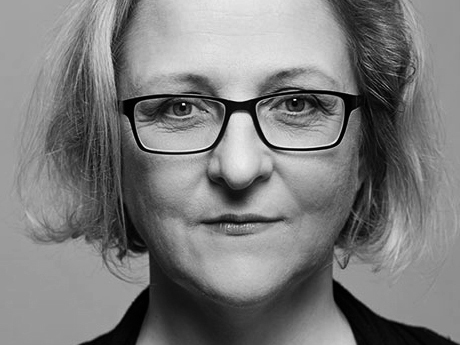 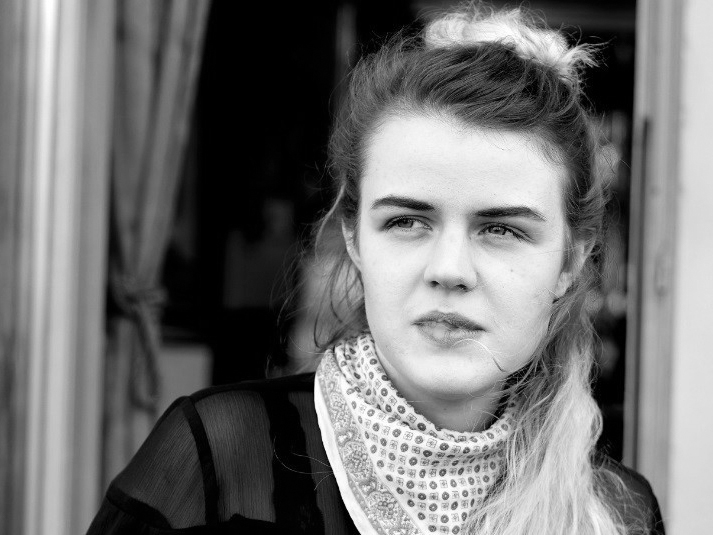 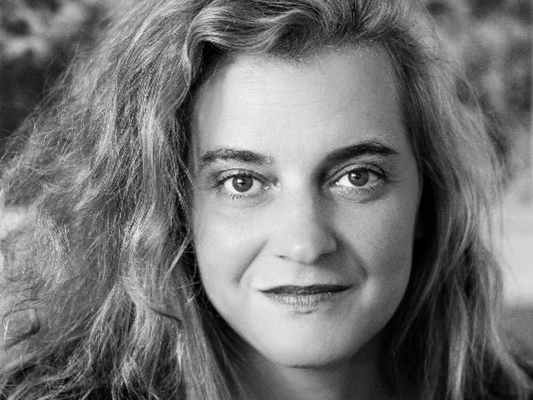 born in Leipzig (GDR), studied musicology, literature and contemporary history at the Martin Luther University in Halle. During his studies, he organized and supervised the contemporary witness encounter project “Art as Survival Aid” with Leipzig schools in cooperation with the University of Leipzig. This resulted in the musical theater educational production “Brundibar” at the Theater der jungen Welt. In 2007 she was a scholarship holder of the MozartPrisma at the Nationaltheater Mannheim. From 2008 she worked as assistant director and director at Thalia Theater Hamburg, ETA Hoffmann Theater Bamberg, Theater Regensburg, Theater Ravensburg, Staatstheater Nürnberg, Theater Erlangen, among others. Since 2021, she has been studying cultural and media management at the HfMT Hamburg.

Founded in 1997 by music dramaturge and cultural producer Isolde Matkey, has been active as a freelance production office in the field of the liberal arts for more than twenty years, combining artistic production, concept and project development with aspects of an artist agency. 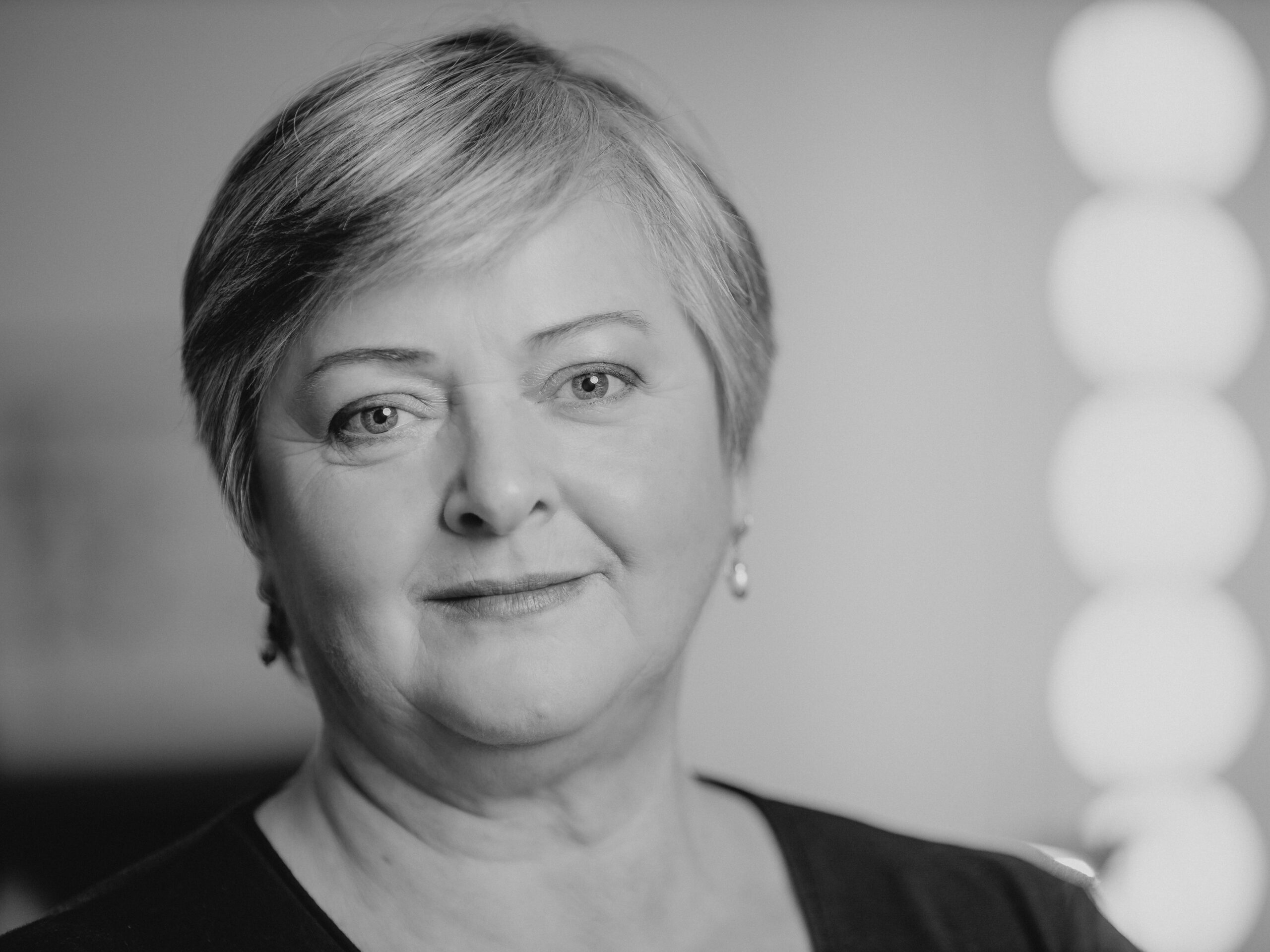 After studying music and theater at the Leningrad Conservatory, she worked as a dramaturge at the Saxon State Opera in Dresden and collaborated with renowned directors and choreographers. She founded, dramaturgically supervised and directed the Small Scene at the Wigman House and initiated premieres in the field of experimental music and dance theater at the Semperoper. In 1995 Isolde Matkey began working as a freelance dramaturge, journalist and cultural manager. 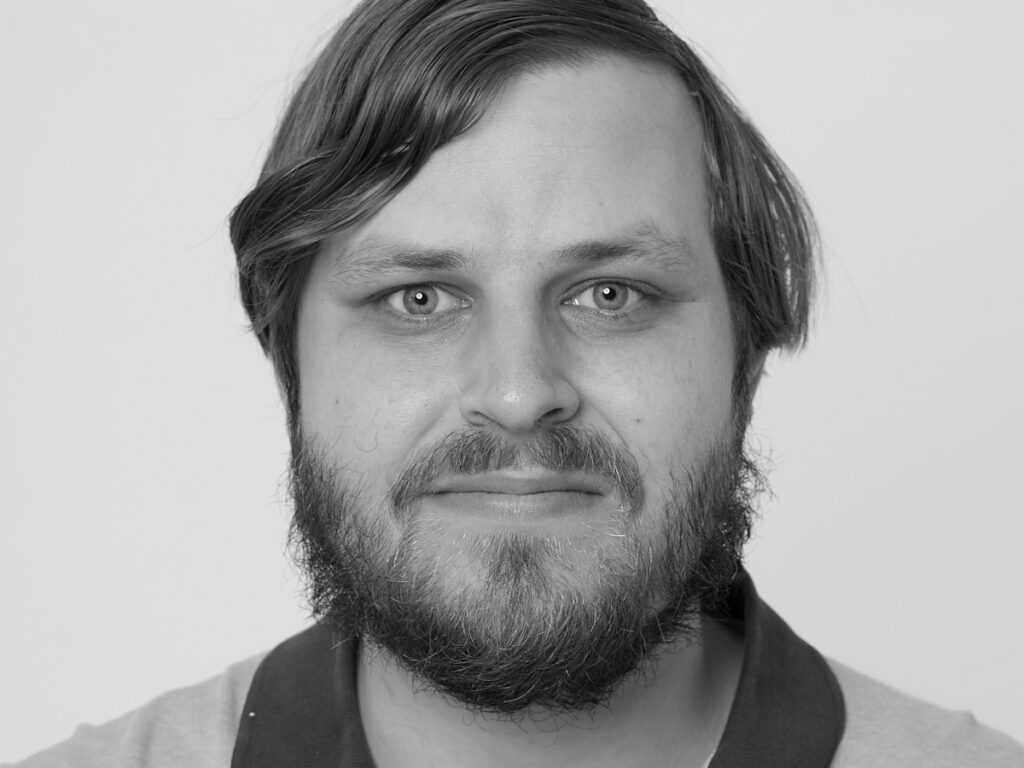 born in Cologne, trained as an event technology specialist in Potsdam, before that already working in the independent scene in Cologne. Since 2012 working at the Hans Otto Theater Potsdam in various positions, meanwhile as sound, video and multimedia technician. Since 2018 first works as musician and video artist for productions at the house among others “Nadia” (Daniël van Klaveren), “Nathan’s Kinder” (Ulrich Hub), “Wir sind auch nur ein Volk” (based on scripts by Jurek Becker).Since 2020 first collaboration with Maik Priebe and the kollektiv WEGWOHIN in Leipzig, among others EINE REISE WEGWOHIN. Uwe-Johnson-Festival. 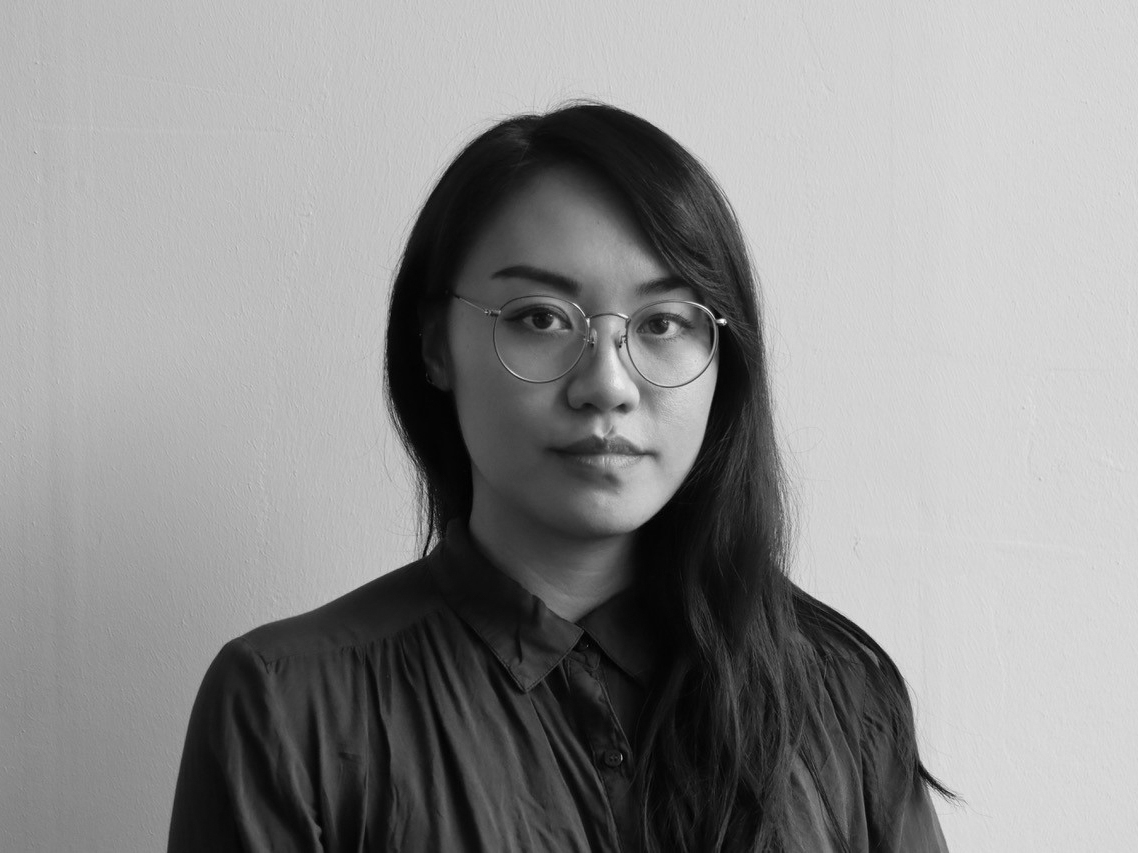 born in Chemnitz, studied intercultural communication at the Chemnitz University of Technology. Designs and lectures project days in the framework of Education for Sustainable Development Saxony since 2019. Thematizes anti-Asian racism and the Vietnamese diaspora in East Germany since 2020. Since 2020, accompanies the theater production “Die bewegenden Geschichten mobiler Frauen” (The Moving Stories of Mobile Women) by the Chemnitz Figure Theater in cooperation with neue unentd_ckte narrative, which reappraises the history of former Vietnamese contract workers and their daughters in Chemnitz. 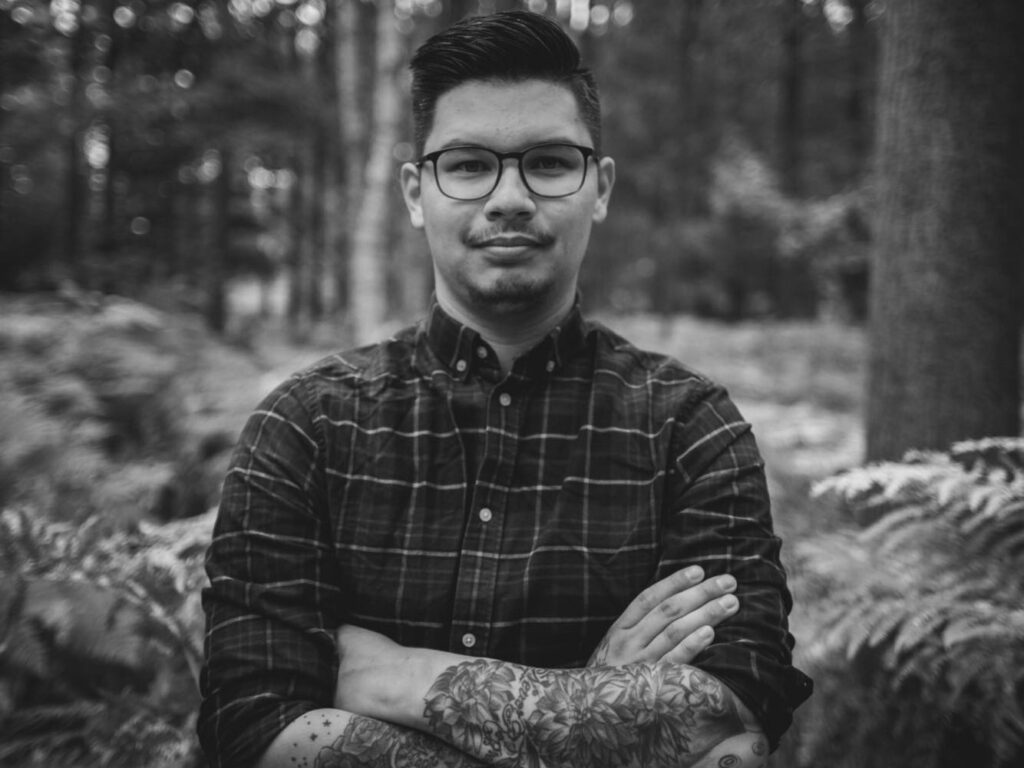 born in Arnstadt, lives in his adopted home Leipzig, trained salesman for events, began to self-taught in the field of media design and websites in his youth, founded his first agency with his best friend and photographer in 2016, which has been called boldwerk since 2020. one and is a pure digital agency that has focused on new media in the print and digital sector.